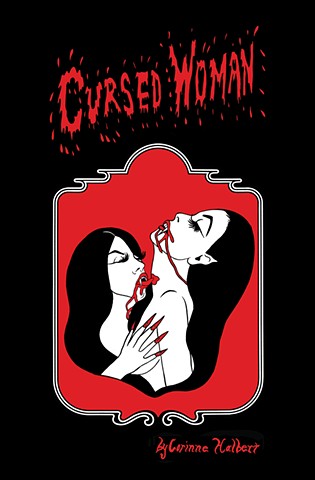 CURSED WOMAN draws deeply from the Rollin classics FASCINATION (1979) and THE LIVING DEAD GIRL (1982) — two of the master’s most potent psychosexual hallucinations that perpetually ignite my imagination and inspire me to create similar diabolical visions of nightmarish beauty. So I made this comic for you. I hope you savor it, like a tender morsel of flesh.